World Refugee Day: Presenting "When We Were Strangers"

In celebration of World Refugee Day, Independent Writer, Kimberly Meyer is coupling a film screening of Soufra with the launching of her project "When We Were Strangers" – following the lives of nine single mother refugees in Houston, which has been funded in part by a grant from Houston Arts Alliance.

Opening reception will be catered by Syrian refugee, Zahra Al Mohamed, one of the nine refugees featured in the project. Zahra will be sourcing food from the Farmers of Plant It Forward, which supports hard working refugee farmers, the local economy, and the creation of green space in Houston. Traditional music will be performed by Kurdish/Syrian refugee Mohamed Horo.  Included in the reception will be a short presentation of "When We Were Strangers" by Kimberly Meyer. Following the reception and presentation will be a screening of the film Soufra.

This event will share stories of refugees in the Houston community as well as those across borders in hopes of creating an experience where all walk away feeling a deeper sense of connection, compassion, and responsibility.

An event supported by: Houston Refugee Consortium –  a partnership of six organizations serving refugees in Houston.

Not only does this cookbook share some of the most treasured recipes that changed the lives of the Soufra women, but it also will give back to the families at the camp.

The women of Soufra, through WPA, are full partners in the publication of this book. They will share equally in proceeds from its sales, which will contribute to the ongoing development of the camp’s Children’s Center and to building a school for the children in the camp. 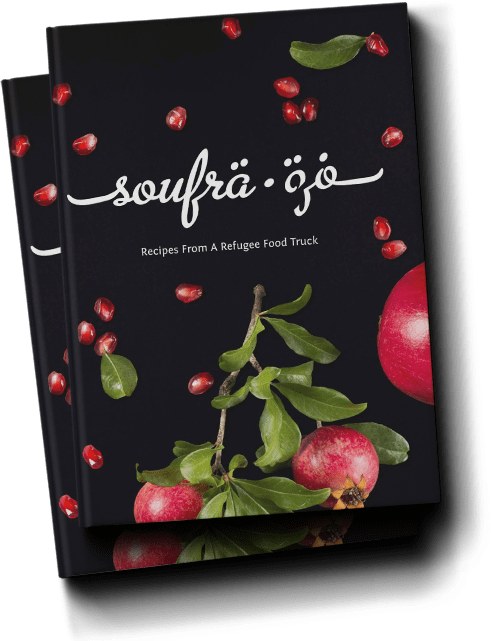